The upper ﬁrst and second premolars have -7° torque and zero angulation. They are interchangeable, ﬁrst and second and left and right. They are shown here without hooks (recommended), but they are available with hooks.

The lower ﬁrst premolar has -12° of torque and the lower second has -17° of torque. They have 2° of tip. Unlike upper premolars they are not interchangeable, ﬁrst and second or left and right. They are shown here without hooks (recommended), but they are available with hooks.

The specification for upper first and second molar tubes is -14° torque and 10° of offset, with zero angulation, which is the same as the 1997 prescription. Andrews’ findings gave a figure of -9° torque but experience showed that during treatment the extra torque helps to prevent the palatal cusps of the upper molars from hanging down, which can cause functional interferences. The mini versions of the second molar tubes are shown. Full size tubes are useful when second molars require a lot of tooth movement, but in most cases the authors find that a mini tube works well.

The upper and lower molar tubes all have a funnel shaped entrance, which is helpful for wire placement, especially in the second molar region. 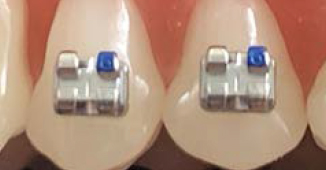 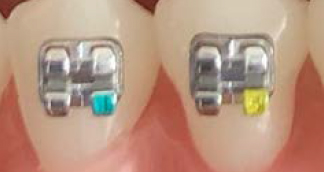 Lower left ﬁrst and second premolar brackets are shown here without hooks, but are also available with hooks. 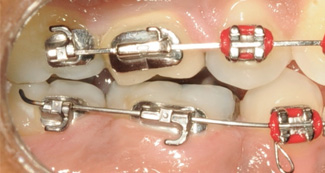 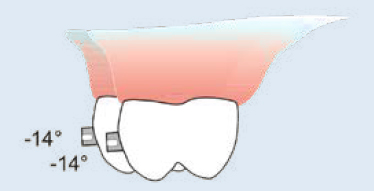 The authors’ 1997 values for torque were based on Andrews’ research ﬁndings, and continue to be recommended. They included extra torque control compared with the research values, because torque is not well expressed by the pre-adjusted appliance, and a .019 / .025 working wire does not completely ﬁll the .0227 slot.

This website uses cookies to improve your experience while you navigate through the website. Out of these, the cookies that are categorized as necessary are stored on your browser as they are essential for the working of basic functionalities of the website. We also use third-party cookies that help us analyze and understand how you use this website. These cookies will be stored in your browser only with your consent. You also have the option to opt-out of these cookies. But opting out of some of these cookies may affect your browsing experience.
Necessary Always Enabled
Necessary cookies are absolutely essential for the website to function properly. This category only includes cookies that ensures basic functionalities and security features of the website. These cookies do not store any personal information.
Non-necessary
Any cookies that may not be particularly necessary for the website to function and is used specifically to collect user personal data via analytics, ads, other embedded contents are termed as non-necessary cookies. It is mandatory to procure user consent prior to running these cookies on your website.
SAVE & ACCEPT